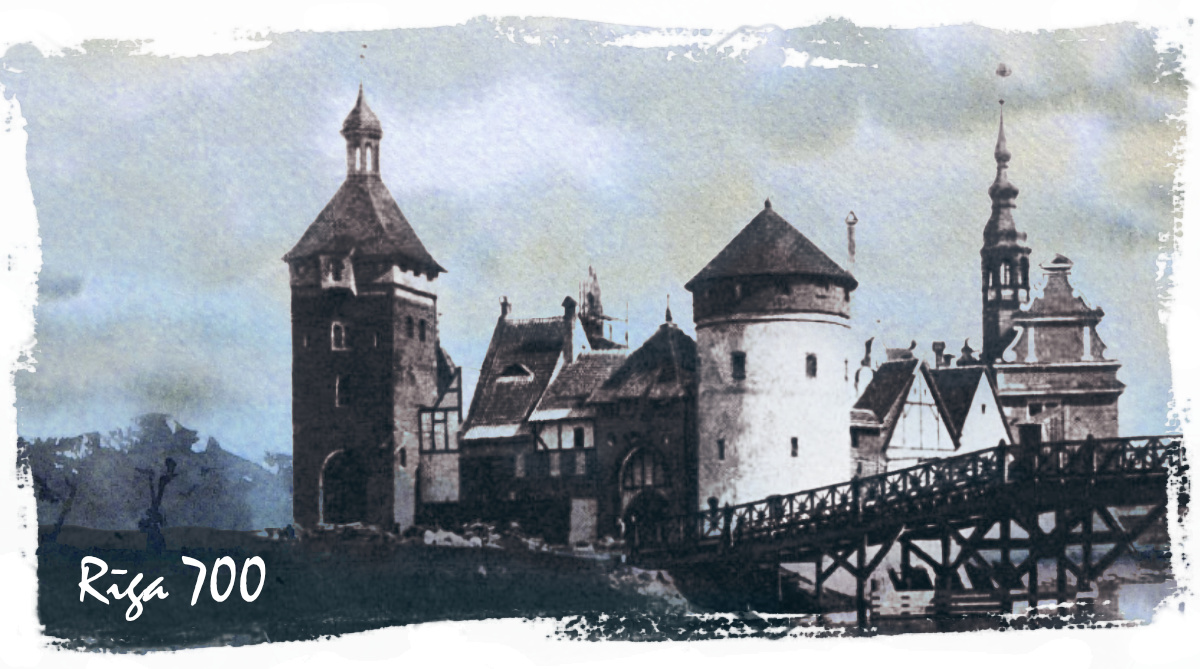 At the start of the 20th century many cities were showing increased interest in their history. For the Riga 700 year celebration exhibition, this interest materialized as a hypothetical reconstruction of its medieval architecture made from wood and plaster. It was located by the city canal, next to today's Congress hall.

Project author was Riga city architect August Reinberg with help of Vilheim Neiman and artist Ernest Tode. It was based on 16th - 18th century medieval engravings and the artwork of Johann Christoph Brotze. Project construction started on the spring of 1901 and was completed in a few months, next to reconstruction of little Venice.

The city consisted of a city hall and square, a column of shame, working well, weight house and a group of residential buildings that were encircled by fortification walls and five towers. The buildings were filled with various shops and restaurants.

The life of this medieval  city was short lived as it was demolished soon after the end of the exhibition. Testimony of its presence remains in its project illustrations, post cards and photos.

22 Jan, 2019, No comments
In the past few years I have engaged in a fun personal journey of collecting and analyzing various historical materials connected with medieval Riga, both in libraries and the vast ocean of the internet. I will introduce these materials in future articles and below.

The best representation of medieval Riga can be seen from 16.-18. century wood and copper engravings featuring the cities panorama, that has similarly served as symbol for many European medieval cities.

Throughout the medieval period Rigas panoramic dominants had stayed the same - the high church towers, castle and the thick city walls. Due to the fact that Riga suffered from many fires, wars and reconstructions, only a dozen buildings and a small part of the fortifications has remained. The Gothic houses have been slowly replaced by Baroque, Renaissance and modern architecture. 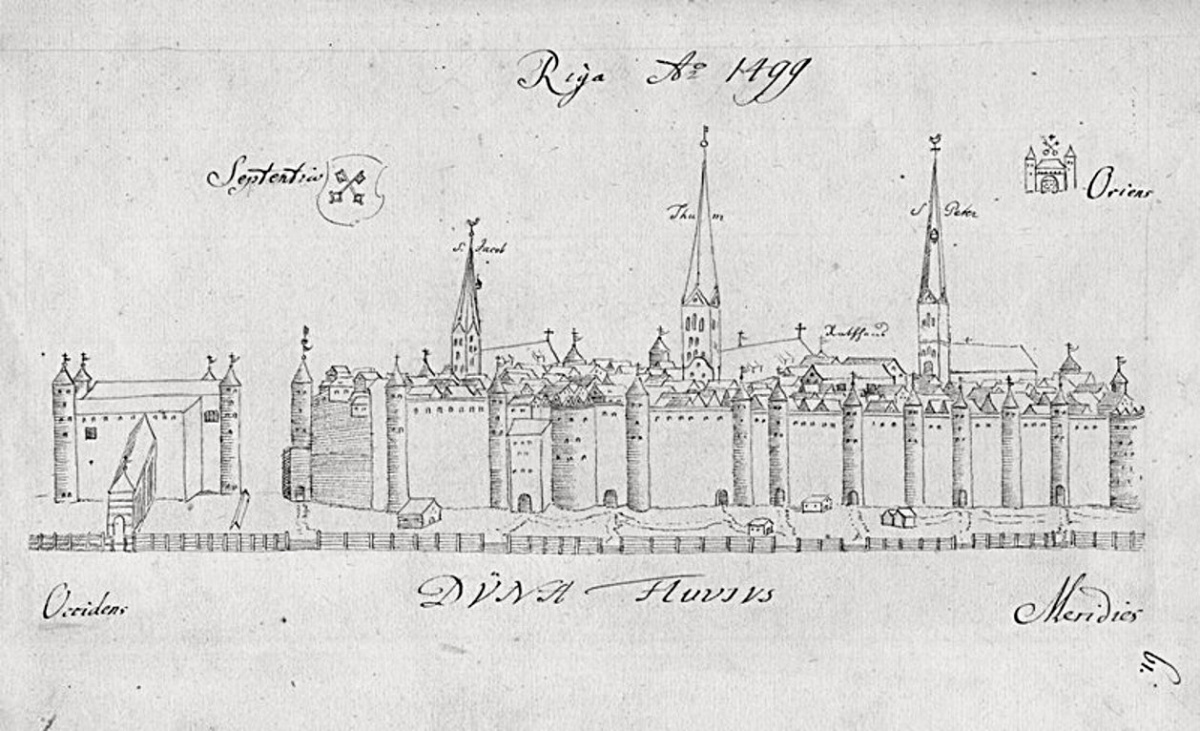